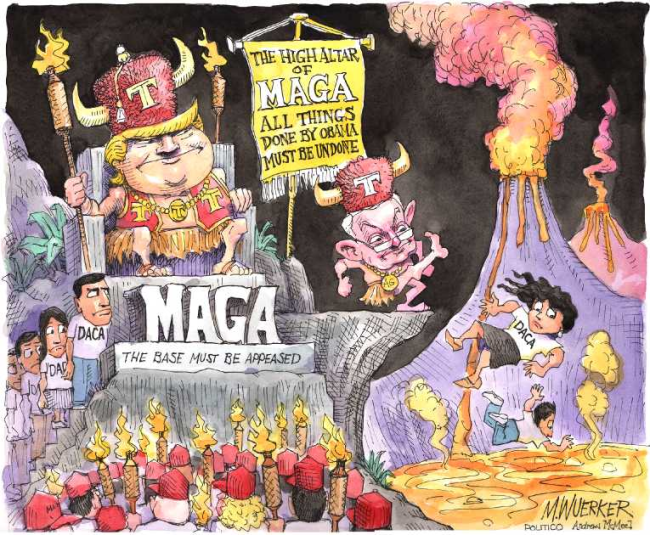 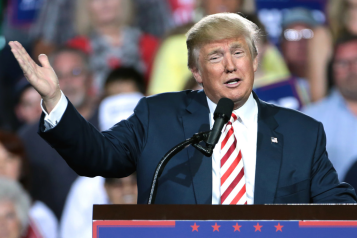 “Only a month after the students’ protests mentioned, the article really depicts the global and social dimensions of the suppression of the DACA. In addition, the author smoothly succeeds in giving her point of view, reinforced by the use of the interview”

“The author gives a clear contextualization of the issue the article is centered on. The delicateness and freshness of the issue are depicted by the interview to a protester, which embodies the United States’ current political struggle. Good topic presented in an interesting format.”

In response to President Donald Trump’s denial upon the Deferred Action for Childhood Arrivals (DACA), which put an end to Obama’s program protecting undocumented immigrants from deportation, hundreds of high school and college students across the US walked out of school to protest their frustration. On Thursday November 9th, DC students from public and private schools marched towards the Senate office building and quickly invaded the place. The event, organized by the pro-immigration group United We Dream, gathered more than 1000 individuals to pressure and call for Congress to pass the a clean DREAM Act by December, which would grant an estimated 800 000 immigrants, brought illegally to the US as children, to stay in the country with a legal status. 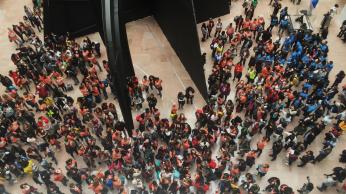 Students came out from all backgrounds, religions and ethnicities, showing their diversity and support for their compeers suffering an identity crisis. Simultaneously chanting slogans and holding signs, the passionate voices of the protestors captivated a throng of passerbys. Unfortunately, the demonstrators did not particularly magnetize the Senate, a part of the legislative branch of the government and responsible for the creation of new laws, as they had hoped. However, they were particularly noticed by members of the democratic party, which strongly encourages the citizenship of Dreamers (those protected by the DACA). Both parties agree on the importance of the DACA program but wish to implement it to different extents. 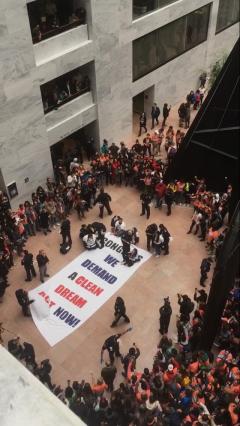 By the end of the protest, police officers intervened and arrested certain students that consecutively refused to stop chanting, causing further protestation. Students believe theses actions were drastic and unnecessary, as the protesters were solely holding signs and expressing their opinion, and detain freedom of speech to communicate their disagreement. They furtherly argued that this mishandling characterized the police force actions only directed towards the state and not the people. As the masses started to dissuade, students continued their rally towards the US Capitol building, to call out house speaker Paul Ryan, indecisive about the DACA fix.

Marco Darvish, a junior attending the School Without Walls and a participant of the protest shares his experience with us:

“I have several friends and people in my life who are here on DACA so it was really important for me to go and stand in unity with/for everybody this affected because I’ve seen firsthand what Trump’s actions have done to people and families and the fear he has instilled in them. Aside from just having a more profound understanding of how the recession affects people, I went out just because I believe in the principle that no single person is more important or has more value than another. Pieces of paper do not define worth or status as a human being.”

2. What emotions did you feel throughout the process? Did these emotions progressively alter or transition between one another?

“Anger was definitely there even if it wasn’t the most prominent. For a big portion of it though it was a lot of pride and hope just because of how big this event was and how loud we were as people which was what made this super special. Towards the end of the march, we stood outside of the Capitol and people got in front of the entire crowd and publicly shared about their life in America on DACA and how the rescission is really impacting their life. Sharing their personal stories, fears, worries, anger and even love for this country was so incredibly powerful and I think everybody cried because it was all so real and it really instilled the idea of how devoted people are to this country despite how horrible they are treated. It’s safe to say emotions were very high but it was the perfect amalgamation because we finished the day feeling happy, hopeful and accomplished about what we had done.” 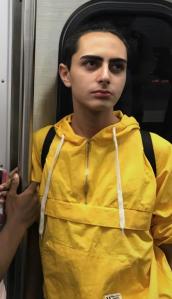 3.How do you feel after the event? Do you think the student-lead intervention was effective?

“Despite how “effective” the march was, I feel that it’s incredibly important because it gave a glimpse of hope and a notion that there are people who stand and support to people this has affected. In this time of trouble, it is a key that immigrants on DACA are aware that there are people who understand their hardships and value their presence in and love for this country and that we will do whatever in our power to make sure that they will not be treated as inferior or less important than anybody else in America.” 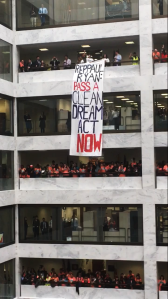 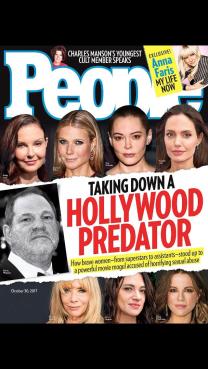 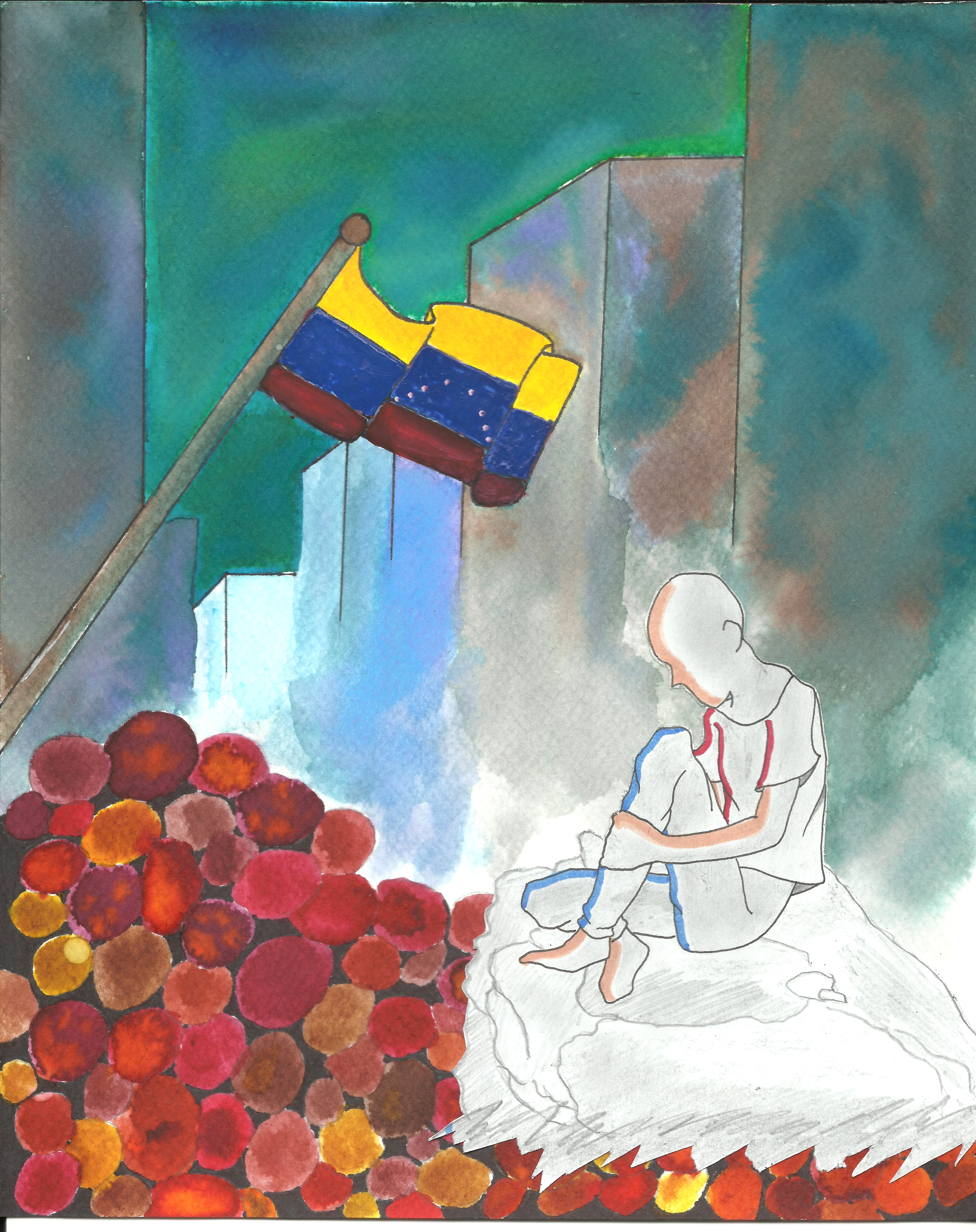 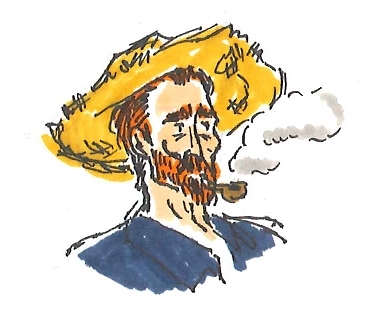 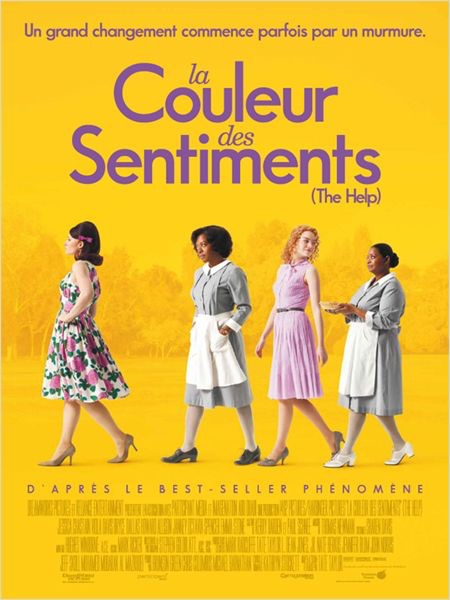 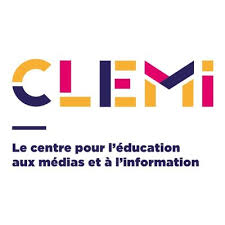